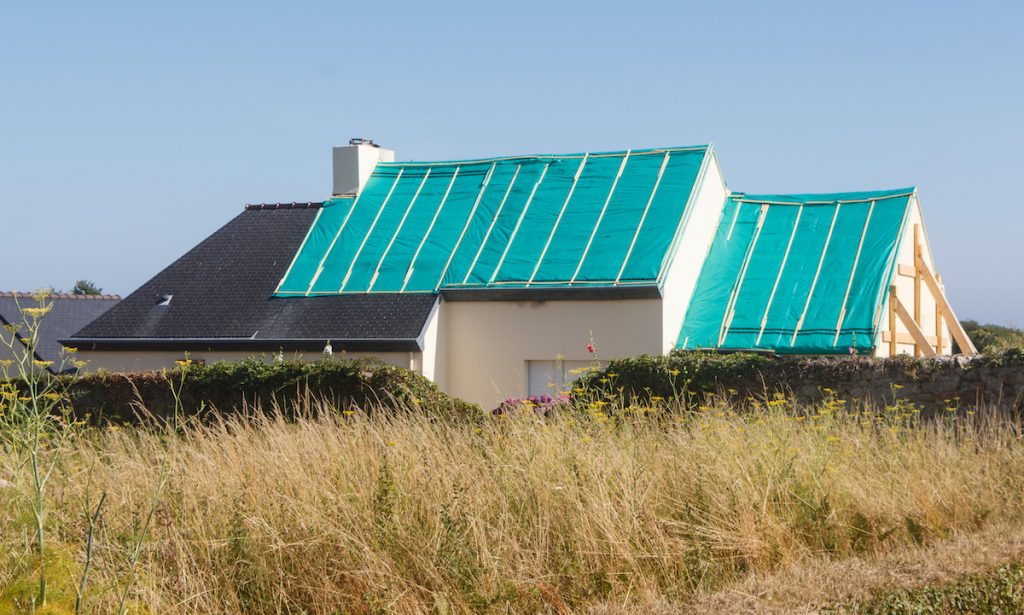 01 AprIs A Tarp Considered A Roof? The Courts Weigh In 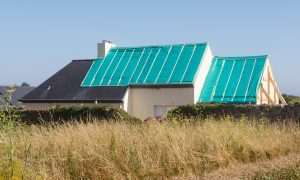 Wheeler, DiUlio, & Barnabei has been representing a Pennsylvania hotelier in their fight against their insurance provider over a very important question: Is a tarp considered a roof when being used to protect a property during roofing work?

The owner of the Eisenhower Hotel in Gettysburg, PA hired a construction company to install a new roof after they noticed damages to the existing roof in April. Construction began in early May, and during the course of construction, a tarp was secured over the property to protect it from the elements.

Unfortunately, the tarp was blown off during a windstorm, and water entered the building, causing damages for which the hotel filed an insurance claim. The claim was denied by their insurer, Axis Surplus Insurance Co., because they claimed the damage was not caused by damage to the roof. Their stance was that a tarp is not a part of the roof, and that the damage was actually caused by the holes created during the construction of the new roof. We contented that the tarp acted as a temporary roof and therefore the damage to the tarp triggered coverage under the policy.

Hearing Both Sides Of The Story

The policy issued by Axis was a CP 00 10 10 12 and CP 10 30 10 12 policy form along with a number of other coverage forms and endorsements. The language in the policy that was being argued over was as follows:

Axis claimed they should not be held liable for paying for the damages caused to the interior of the Eisenhower Hotel when the tarp was blown away and water was allowed to seep in.

Kunji responded with a different stance. They argued that the tarp and the membrane applied to the roof were two separate layers of the roof, and that the tarp served the purpose of the roof as it was installed to protect the interior from the rain in the same way a roof is. According to them, it did its job eight times before it was finally blown away by the May wind storm.

What The Courts Had To Say

After both sides explained their definition of “roof”, the Court determined that there was ambiguity as to whether or not the tarp was part of the roof or not and denied Axis’ Motion for Summary Judgment. The Court indicated, “It is thus possible … for both the membrane and the tarp to be serving as the roof.” (citation omitted). The case would be heard by a jury to determine whether or not there was coverage under this policy.

In addition to the breach of contract claim brought by Plaintiff, Wheeler, DiUlio, & Barnabei also filed a bad faith claim against Axis for failure to deny the first storm damage in April that caused the hotel roof to be replaced in the first place. In the Court’s opinion, it was found that a fact-finder could conclude that the insurer knew of the damages, and acted in bad faith by failing to either deny the claim or cover those damages.

Why Is This Important?

This ruling is the most reasoned and thorough review of whether or not a tarp would fall under the definition of “roof” within an insurance policy in Pennsylvania. While there has been no conclusive ruling on this particular case, the judge’s ruling makes it clear that a tarp can be considered a roof depending on how well it is secured. In other words, it now opens the door for coverage to be available to homes and businesses that have roofing work going on at their property, where a tarp is being used to cover the structure.

If a tarp is being used to cover your property during roof repairs, and damage is caused when the tarp is blown off or damaged during a storm, you may still be covered under your insurance policy.

In this particular case, there are about $4.7 million in structural and contents damages on the line, plus up to ten times that for bad faith damages. That is no small sum of money. Needless to say, this is a very big deal for our clients, and for the current case law as it stands.

If you have been denied coverage for damages caused after a tarp failed to protect your property, give us a call. We’ll review your policy and discuss your options, which could mean the payout you need to restore your property back to normal.

Click here to connect with an attorney at Wheeler, DiUlio, & Barnabei.